The ancient histotory of Monastery Pomorie

In the ancient Anchialo /today’s Pomorie/ Christianity has been spread since the late I century. According to Church tradition, st. apostle Andrew, on his way for Kiev has crossed by the BlackSea city, which at this time has been a big administrative sea centre in the boundaries of the Romain empire. At the rule of Emperor Diocletian /284 – 305/ from Frigia to the Balkan peninsula arrives st. Sebastiana, she preaches the Gospel in Anchialo and the nearby inhabited places. At this time Anchialo is already a big Church region. Even though the persecutions, from III – IV century, the city has already it’s Bishops. 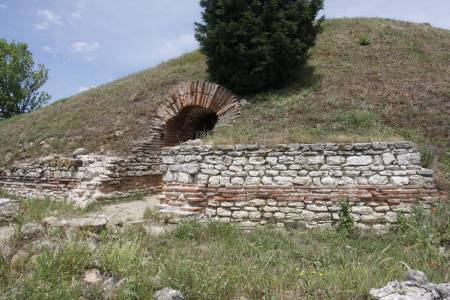 In the V – VI century, Anchialo’s Church is proclaimed to be Archibishopric. Christianty is already official religion in Eastern Roman empire – Byzantium. The Church tradition says, that in VII century on that place already was existing a Temple or a Monastery, dedicated to St. Great Martyr George. 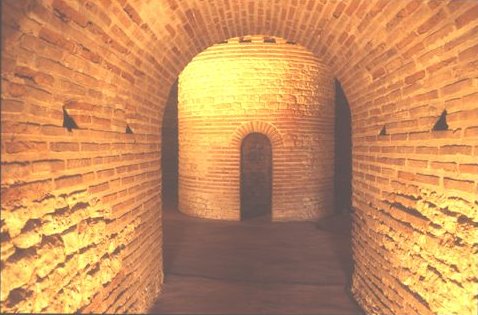 At the time of Khan Krum in year 812 Anchialo is captured by the Bulgarians and later after the conversion of Bulgaria to Christianity in year 894 by saint King Boris-Michael a new Bulgarian Church organization is created. Since the end of XIII century Anchialo’s archibishop is honoured with a rank of Metropolitan. 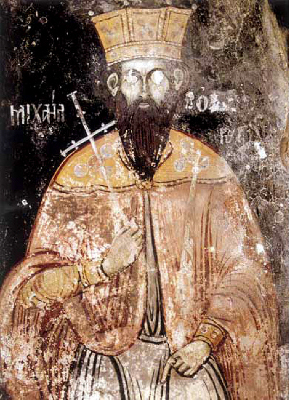 With the invasion of Ottoman / Osman’s Turish in Bulgaria the cloister of st. George is probably diminished and deserted. Temporary given to Byzantine’s, the city again is Christian until March 1453.
In 1453 Anchialo is captured by the Turkish and is being veiled by the night shadow of Ottoman’s dominion. 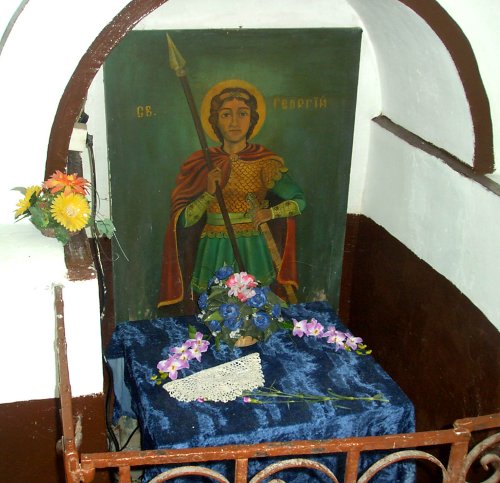 Near the end of XVIII century in Anchialo is settled the Turkish bey Salim, creating a big feudal mansion – farm. According to ancient tradition the bey suffered from painful deadly incurable disease. One night his old agricultural labourer Neno dreamed that in the farm’s yard there is flushing Holy Spring with miracle making water. Neno did not give too much significance to his dream, until he became frequently seeing a unearthly beautiful young man, riding on a white horse – saint Great Martyr George who has instructed Neno to dig on a certain place in the yard where he will find a marble icon of st. George’s image.

Troubled by the dream, he digged secretly on the place as instructed by saint George and found the marble bas-relief icon impicing saint George’s the glory bringer. At the same moment he found the marble icon on the same place where he digged, water springed out. The pious Neno told his mastery about his visions and the wonderful way he found the icon and in the bey a hope for healing has emerged.

By Neno’s recommendation Selim bay has called for the Bishop of the town, who read over him a prayer and spinkled the bey with the water from the holy spring. Through the holy spring water by God’s grace Selim bay has been miraculously healed. Inspirited by the great miracle, he accepted Christianity and baptized himself with his whole family and built a small chapel (paraklis) dedicated to st. George.

That’s how Selim bey give the birth of today’s holy cloister. As time passed by he become widowed and accepted monkhood and become the first Abbot of the monastery. He also danated all his land possessions 3 800 decare land to the monastery. 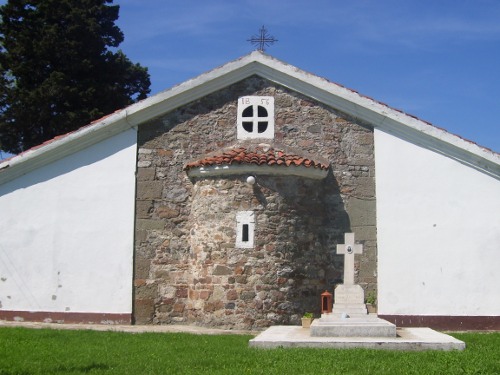 In year 1856 a new Church temple is built, on top of the remains of the old ancient church. Together with the new monastery buildings dedicated for monks life, a 20 meter bell-tower is built in (y. 1966 ).
Besides the monastery being inhabited with monks, in it today are being a preserved rare models of iconographic art dating from XVIII to XIX century. The Church Temple’s main icon is painted by Anachialo’s inhabitant Temistokal Diamandopulo – Zograph. 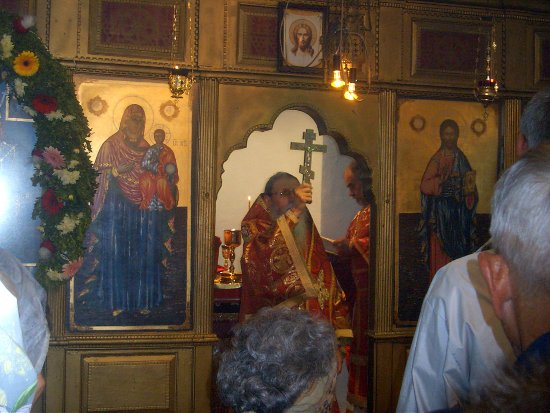 Even in present times, on a 6th of May every year a triumpal Holy Liturgy is being held along with many pilgrimages come to venerate st. George’s day for the Church and Monastery feast day.

The feast is accompanied by 3 days festival, where worshippers and merchants from all around Thrakia (Thrace) are gathered.

Pomorie’s Monastery “St. George” is biggest in South-West Bulgaria and one of the most well known and venerated monasteries in Eastern Bulgaria.
The Church feast on 6th of May (which is official holiday in Bulgaria), also coincides with the festival of Pomorie.